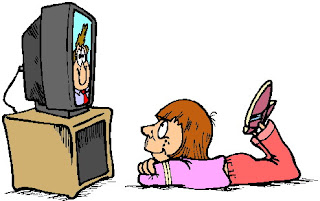 I can say yes to most of that statement but I
wouldn’t be telling the truth if I said yes unconditionally. Mainly because my
sole intention isn’t only to observe the show from a writer’s point of view, many
times, it’s how I veg out after a busy 8 -10 hour day. I like to be entertained
and not have to think about anything.
Give my overworked, mushy brain a rest. Lie back in
my easy chair and be a slug.
Except most times, I start paying attention to how the
characters are being portrayed, the ways they interact with each other. Their
quirky little tells that they perform so the viewers know what they’re feeling.
The ways they move and their actions that show me how they feel.
The dialogue on a top-rated show is also a fabulous
way to learn a few pointers. How characters talk so that that their
conversation flows and they don’t sound stilted or fake. That’s not an easy
thing to accomplish when writing a book. It’s true, some authors have a talent for writing dialogue but
most of us have to work damn hard so that it reads realistically.
It’s amazing how gifted many of the television actors
are and the roles they have to play. Today, there’s a huge range of shows to
choose from – everything from situation comedies to police action, throw in
some fire fighters and doctors and there’s not much missing.
Lately, I’ve been making notes from some of my shows of remarks FBI agents
or police officers might use in the line of duty. I write down information that
could be useful for me to research for one of my books. Because I write
suspense, I like to make lists of references to weapons and procedures they make but I also
know they take literary license and many shows are notoriously inaccurate and
so I research my notes before I actually use them. On the other hand, I
wouldn’t have even known such things existed if I hadn’t have seen it on TV.
So it’s a fine way for me to learn and I’d be fool
if I didn’t pay attention at least sometimes… of course that’s before the
snoring starts……..seriously!!

These are my favorite shows –the ones I tape so I
can watch them each week. Scandal , Gray’s Anatomy, The Good Wife, Castle, The
Blacklist, Quantico,  Law & Order
(Special Victim’s Unit), Chicago PD, Chicago Fire, Outlander & Blindspot.
What are your favorite shows you like to watch?

*****
Don’t forget to sign up for the Authors’ Billboard
October Booktacular Giveaway.
It’s almost the end of the month and we’ll be picking 13 winners soon. 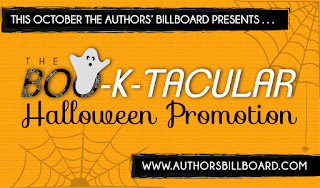