I’d like to introduce a wonderful writer and good
friend, Rachelle Ayala, to Believe! today. Her new release is now available,
and will be priced as a bargain from Jan 21st – 23rd
at $.99 both on Amazon and Barnes and Noble. 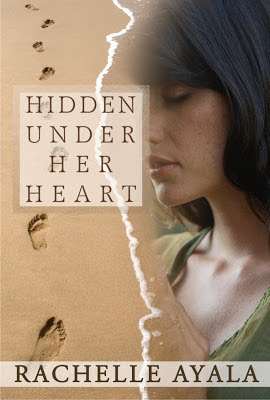 Maryanne Torres is
a compassionate nurse who fails at relationships. After a string of losers, she
swears off premarital sex, hoping to land a marrying type of man.
Lucas Knight, a
law-school dropout, moves to California to train for the Ironman Triathlon.
He’s smart, sweet, and everything Maryanne wants in a man, but their
relationship suffers from his dedication to the sport. Seeking consolation in
the arms of a handsome preacher’s son, Maryanne attends a church party where
she is raped.
Maryanne is
pregnant from the rape and plans to abort. But the identity of her rapist is
hidden in her baby’s DNA. Lucas asks Maryanne to seek alternatives and pledges
to support her through the pregnancy. When Lucas becomes the prime suspect,
Maryanne must clear his name and make a life changing decision.
The rapist has
other ideas. In order to destroy the evidence, he offers Maryanne an illegal
offshore abortion. With Maryanne’s life in danger, Lucas races to save her and
her baby. However, Maryanne hides a secret that threatens to tear them apart
forever.
A 99,000-word
women’s fiction, HIDDEN UNDER HER HEART deals with the consequences of rape and
abortion.
From the Author
Hidden Under Her
Heart is an emotional and hard-hitting story about a young woman facing a
heart-wrenching decision. We’ve heard the rhetoric, maybe even argued over the
issue of abortion and rape. But behind the debates are real people—women and
men with real problems and feelings. My story is not meant to be preachy, but
compassionate, especially for post-abortive parents seeking closure. I think
people on both sides of the fence will find meaning in the changes that both
Maryanne and Lucas go through. Ultimately, it is an uplifting story, and my
hope is that it will be a help to you.
About the Author
I am the author of
three novels: Michal’s Window, a
historical romance between King David and his first wife, the princess Michal, Broken Build, a romantic suspense
thriller set in a Silicon Valley startup, and Hidden Under Her Heart, a story about a nurse wrestling with her
decision to abort. My stories tend to be dramatic and emotional, crossing
genres and cultures. I like to dive deep and live through my characters’ eyes.
Each of them are passionate but flawed women paired with conflicted men with
good hearts. I hope you enjoy the emotional journey I take you on.
I love to hear
from readers. Please contact me on Facebook: http://www.facebook.com/RachelleAyalaWriter
or my blog: http://www.rachelleayala.com
Book Links
Michal’s Window http://www.rachelleayala.com/p/michals-window.html
Broken Build http://www.rachelleayala.com/p/broken-build.html
Hidden Under Her
Heart http://www.rachelleayala.com/p/hidden-under-her-heart.html
Please Join in the First Love Blog Hop and have a chance to win incredible prizes!!!