Recently, I was on a huge promotion for my book ‘Tis
the Season and I want to share with you some of the reasoning behind
the steps I took.
I’ve always known that one single promotion for any
book might give it a small blip, create a few sales – if you’re lucky – but within
the same day or the next, the sales drop and the ranking follows. I’ve
had that happen numerous times. And… in many cases, I never made back the
investment it cost me and realized promoting could be a losing proposition.
But this time, I decided to use a huge and expensive market
like BookBub $612 (including the UK portion) and then work around it. For instance, once I knew the date, I started organizing more adverts for the days leading up. I know it
can be difficult. Since BookBub only plans 30 days in advance and many of the
other promoters can be booked up for months, you might not get the exact one’s
you want, but there are a lot of places out there to choose from.
The idea is to make sure you get your ranking as
high as possible before the big guy hits. For example, my book was ranking in
the #250,000 area when I began the journey. Wednesday, two days before it was to be on
Book Bub, I had it on Romance E-Book Deals $22.50 and Book Booster $30.  I’d also
started a book tour called Kozy up with Kris Kringle with two fabulous authors,
Donna Fasano and Jackie Weger, and we were all furiously promoting the three days of that blitz. I featured two
books in that event – ‘Tis the Season and Special
Agent Finnegan.
On the Thursday, I set up ‘Tis the Season on the silver option with OHFB
$75 (One Hundred Free Books) and Read Cheaply $0
Then came the big day! I was lucky to get BookBub’s
date on a Friday, Dec 12th. That day, I was all over Facebook and
putting the book over the better sites where they accept blatant selling posts. Three
of the best ones are:
https://www.facebook.com/groups/BookPromotion/

I also scheduled mega tweets, so there were a lot
floating around. And…my blog, which is hooked up with Triberr, was hopping for the three days
of the Kris Kringle posts which I – of course – featured. That meant those tweets were
constantly out there in twitterland.
Not wanting the tide to change too quickly, I
decided that I needed to keep the momentum going and so I also set up another
promotion for the day after – the bestselling day of the week – Saturday.
BookSends $100 is one of my favorite places to spend my money and didn’t let me
down.
Now – before my book hit BookBub, it was already
ranking in the #2,000 range and that really helped it get as high as #36 YAY!!! with
three #1 category places DOUBLE YAY!!! At one incredible point, I was on Amazon’s best-selling list right behind Nora Roberts!! No freakin way!!! Oh Yeah!! (Next blog on what to do
with your categories during this time – so check back)
Because I set the book up for a steady climb, my
understanding is that Amazon’s algorithms will maintain the book’s leverage for
longer than the one crest and it seems to be happening. On Sunday night, after midnight, the book ranked at just under #200, so I upped the price
to $2.99 to ride the downward wave. Then I added a $50 Facebook Boost to my promotional
push.
Today, it’s still at #767 and in 3 different
categories so I’m very happy. I will continue to promote it through my own
efforts until this coming weekend when it will be on eReader News and hopefully take off for one more trip.
***I must add here that I had deliberately kept the
price for ‘Tis the Season at the $4.99 level right until Wednesday, which was low considering the three full-length books in the collection are regularly priced at $2.99.(Although I will admit to them being on sale most of this month for 99 cents….ahem!) But, I
understand that most promoters wanted a good price drop to make the sales more
captivating for their followers and I knew that it would look good to see the
regular price at $4.99 dropped to 99 cents on their newsletters.
Don’t you just love this season!! Best book-selling
month of the year!!! 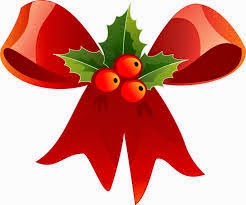