***It’s
an honor to introduce you to an author who has left me amazed and humbled. His
book, Secrets of the Dead, is a masterpiece of Fictionalized History
which lifted me from my easy, comfortable, modern life and plunged me into the
terror-filled hearts and souls of the people in his story. It was gruesome and
horrific because the events described were an abomination of human tragedy. If
you’re a lover of history, this book is perfect for you. The characters will
haunt you… Maybe that’s as it should be. 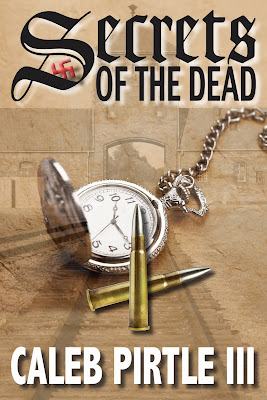 Amazon
I
don’t live in the past. But my mind wanders there quite often, and my
imagination hardly ever wants to leave.
Why?
I asked myself.
Maybe,
it’s because I’m bored with the present, I told myself.
Life
has its hardships still. Life has its conflicts still.
But
life is too easy for fiction.
Need
to go cross-country? Grab a plane.
Car
broke down in the middle of the desert? Call AAA roadside assistance.
Scared
on a lonely street in the middle of the night? Fish out a cell phone.
Someone
following you? Call 9-1-1.
Where
is the fear?
Where
is the panic?
Where
is the threat?’
Where
is the suspense?
For
me, it’s all buried somewhere in the dark and murky shadows of the past, which
is why my last two published novels have been set during the early days of
World War II, when villains wore the faces of evil, and we never forgot the way
they looked or the travesties they committed, and we knew who our enemies were.
As
I wrote in Secrets of the Dead:
The German’s
eyes were bright and beginning to dilate. A sudden rush of unbridled adrenaline
had shot through his veins. His hands were trembling. He had killed from afar.
He had hidden in trenches and behind hedgerows and shot down soldiers who had
no names and no faces, only forms marching across an empty field.
Now he must kill face to face.
Now he must kill close enough to smell
the garlic on the dying man’s breath.
Now he must kill close enough to watch
life depart from a man’s eyes.
He hesitated.
A man who hesitates always dies long
before his appointed time.
It
was a thriller that could not have been set during any other period of history.
For
those under forty, it might well be regarded as historical fiction.
But
for those of us who remember World War II, even as young children, the events,
the memories, the fears are still as vivid as if they had happened yesterday.
For us, it’s not history at all. It is a black and white snapshot of our lives,
taken when the world was black and white with no gray lines to smear the two.
I
can still remember our family gathered around the radio at night, listening to
Edward R. Murrow reporting from the bombed out streets of London. Walter
Winchell’s coming on each evening saying, Good
Evening Mr. and Mrs. America and all ships at sea, and Gabriel Heatter
signing on with, There’s good news
tonight, no matter how bad the news might be.
I
was asked a month or so ago whether or not I wrote historical fiction. I had
never thought about it, but I don’t think I do. It is fiction about the past. The
events are real, the places are real, the basic conflicts are real, and some of
the major players are real.
But
the story is a lie. The story is fiction.
It
didn’t happen.
It
could have.
But
it didn’t.
“No,”
I said, “I don’t write historical fiction. I write fictionalized history.”
“What’s
the difference?” I was asked.
“Historical
fiction is written to satisfy professors and historians,” I said. “I simply
write novels about times, places, and characters that I would like to read.”
“But
they’re in the past,” he said.
I
smiled.
“They
weren’t when I lived them,” I said. 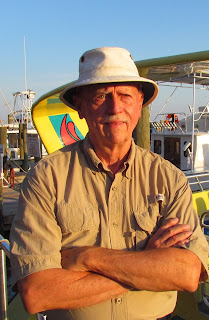 ***Read my 5-star review for Secrets of the dead here.

Caleb’s
third novel of this series “An Ambrose Lincoln Novel” is called Night Side of Dark and he’s working
on it now – to be released soon.