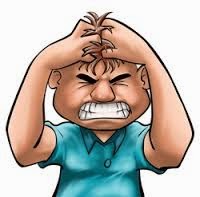 The future of my new series depends on my decision
and I want to make it an informed one.
Remember my blog
post
a few days ago about how I almost lost 4,000 words of a novel’s ending by not
saving my document? Well that story called Sweet Retaliation was the first one
in a new series I’m calling Mob Tracker.
The premise for the plot is as follows:
Cassidy
Santino follows her brother to a meeting behind a warehouse, one she’d begged
him to stay away from, and while she hides in the dark, three gang members kill
her beloved twin, Raoul. He’s protected, babied and kept her safe since their
father died and here he is spread-eagled, bleeding… dying on the dirty ground
while bullets buzz overhead.
Being
more like a close buddy, he’d taught her how to box, took her for rides on his
motorcycle and kept the boys away when anyone showed an interest. Now he’s dead
and absolute revenge fills every cell in her body and freezes her soul. From
this day forward, she plans her retaliation.
Of
course, Trace Maguire, the detective who took a bullet for her, is totally
against the various steps she plans to get close to these dangerous criminals.
He’s furious when she changes from a long-haired, naïve miss, who looked like
someone from the sixties, to a modern fighting machine, a chick who’s now
bartending in the very club where those same members hang out.
***************
Okay – I know it’s a good book and with the other
two, it will work out to be a really popular series. There’s continuous action,
sizzling sex and twisting, surprising conflicts that will be mind-boggling. Both
the hero and the heroine are people that the readers can relate to and will
care about. Or at least, I hope so.
No…
I know so!!
But, my predicament is …what do I do with it?
Should I try and get an agent and see if I can go
the traditional route? I had that in my mind when I began plotting this set but
everything I’ve read lately is against me taking that step. Hugh Howey, on his blog,
shows that Indie authors can even outsell traditional publishers for hardcover
books through their Createspace POD options and that was one way I thought they
still had precedence.
Brooke Warner from the Huffington Post states
clearly in this article, What
should authors expect to earn? that Indie
authors  can make more money in the long
run and still have that important control over their product.
I’m at a crossroads here where I’m selling moderately
well but I still need to reach a different audience so I can expand my
readership. I thought to try taking a step in another direction, but though my
foot is up, I just don’t know where to set it down.
Maybe Amazon through their Kindle Scout
program would be a good move. The thing is, a very good author and close friend
just went through the whole rigmarole of waiting the 30 days, getting over
1,700 votes and at the end of the month, they rejected her book. How
heart-breaking is that? Should I put myself through it? Big baby that I am,
rejections scares the stuffing outta me. 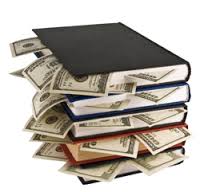 There’re always the smaller publishers like Entangled?
They have a different reader pool and when I went to Show
me the Money, their authors seem to make out fairly
well…..??? But when I checked their best books for the week on Amazon, their
rankings weren’t all that impressive.
So… my friends, what do you think? What has been
your experience? Can any of you give me some advice? If you’d rather keep it
private, just e-mail me at mimibarbour@hotmail.com
I really want your input and to hear what you have to say.
Really…