***I’m ecstatic to tell you about a new box
collection I’ll a part of when it’s released on May 26th. It’s
called SUMMER FIRE.

This journey with 21 others (to begin with and
recently went to 20) has been hectic and demanding. But what a learning curve!
There are so many swell writers out there and it’s always nice to work with
them and get to know them better.
One major difference in this set is that everyone
had to write a brand new novella, one we can’t publish singularly until some
time after the release of Summer Fire. The way, the readers will be getting
never-before sold work by fantastic writers.

We were all interviewed by Joan Reeves, one of the others in the set, and I wanted to share this with you. 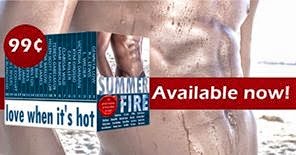 What
was the inspiration for your story in the Summer Fire Box Set?

My story for the Summer Fire collection is called Big
Girls Don’t Cry. Ever since I experienced a ride in a mirrored elevator
and
wished the designer to perdition, it was a book I wanted to write. I began
thinking about what would happen if a big girl lived in an apartment building
and had to look at herself every day. Of course, my mind took off and I could
picture this gorgeous hunk moving into the same building, which would mean
she’d want to entice him. Well, first she’d think of making herself more
attractive… After that, the story wrote itself.

What’s
your book in the Summer Fire Box Set and how does it represent your style or
your brand?

Big
Girls Don’t Cry represents my brand because of the
characters I created. I love writing memorable people who have to deal with
important issues.
First, we have Remi Calder – a big girl who has a
lot of self-confidence in her work as an accountant and in her hobby as a home
designer. But, she’s ridiculously clumsy around men and situations that make
her nervous. Which of course means – she’s a bungler around our Scottish hero.
Dr. Eadan Fleming – a man who’s had it with skinny,
beautiful debutantes. He wants a nice girl from now on, one who will be happy
to join him for a meal where he won’t have to watch her pick away at a chintzy salad.
Oh
oh!!!
Then to add a bit of conflict, we have Greta, an
overweight teenager, who, because of the bullying she’s suffered at school, is
ready to say ‘good-bye cruel world’.
As a bit of comic relief, Eadan’s brother, Graeme, shows
up every so often. He’s that likable, I might have to write him his own story. I’ll
let the readers decide if they want to read about his romance. **If you like the chap as much as I do, let
me know.

Have
you done box sets before? If yes, what appealed to you about being part of this
collection? If you haven’t been in another set, why did you choose this one?

Yes, I’m very fortunate to be able to say that I’m
one of the ten brides for the Brides collections. (Ten Brides for Ten Heroes,
Ten Christmas Brides and our soon to be released, Ten Brides for Ten Hot Guys).We’ve
been very fortunate in our following – our readers treat us wonderfully and we
so appreciate them all. I guess because of my positive experience with those
sets, when I was invited by Victoria Danann to join this bundle, I couldn’t say
yes fast enough.
Also, I was told that all the books in this set were
to be novellas. And… they were to be new, never before released. I liked that
idea – very much.


How
did you come up with the title of your novella in the Summer Fire Box Set?

As soon as I started thinking of the two females in
the book as big girls, it was a no-brainer. And… it fit the storyline
perfectly. I mean my girls stop crying and start doing. Now that is cool! 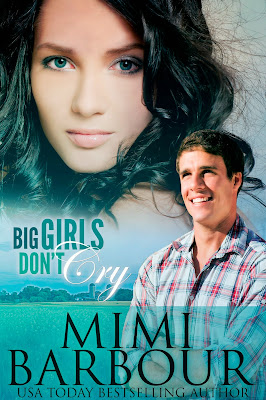