This post was stolen from my friend Joan Reeve’s blog –
Thursday, June 5th

(I might be a cheeky little thief but I do have a conscience – and I never could keep a secret….sigh!!) LOL!

Summer is nigh, and that means it’s time to start collecting your Beach Reads.

With that thought in mind, I have 3 fabulous romance box sets for your consideration: Hotshot Heroes, Summer Heat, and Hotshot Danger: Packing the Heat.  (My writing friends have been very busy, haven’t they?)

These 3 romance box sets mean a total of 31 novels and/or novellas for your summer reading pleasure. That should carry you for a couple of weeks at least. 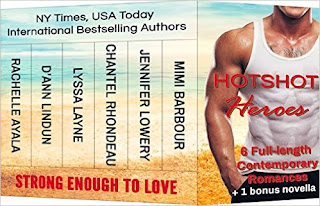 Limited time publication. Get yours today before it goes away. Available only at Amazon Kindle. (Free for Kindle Unlimited Subscribers or 99cents to buy.) 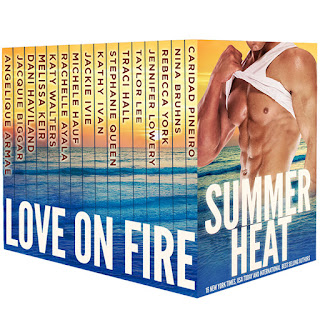 Guaranteed to make your blood run hot. Passion, steamy nights, excitement, and suspense. Something to suit every reader’s taste.

Grab a cool drink (you’ll need it!), find a hammock, and curl up for an unforgettable escape. 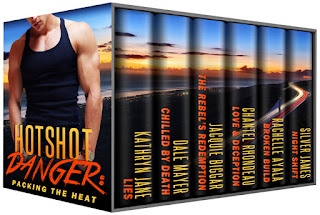 Love and Suspense, Heart-pounding romance and thrills in one hot package.

Hotshot Danger: Packing the Heat has 6 full-length, action-suspense romances plus one bonus novella from bestselling and award-winning authors.

Danger and excitement, secret agents, sexy SEALs, bikers, undercover operatives, and heat! What more can a woman want? Get yours today before it goes away. LIMITED TIME ONLY.

Hotshot Danger: Packing the Heat is available for 99cents from: Amazon Kindle and Goodreads.