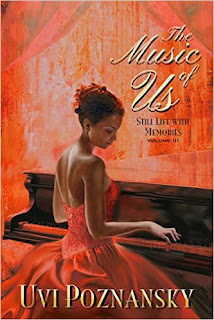 And in a sudden elation I hummed under
my breath, “So kiss me, and say that you will understand.”

With the last notes still hovering in
midair, she swung her knees around the piano bench and lifted her face to me. I
raised her to her feet and gathered her to my heart. Then, as she wrapped her
arms around my shoulders, I felt the heat awakening from within, rising
recklessly in both of us.
Drawing me to her, Natasha leaned
backwards over the piano. To the last vibrations dying in its belly I bent over
her, over the reflection of the skyline of New York, which rippled in reverse
across the polished, black surface around us, and I kissed her.
Uvi Poznansky:
·
Amazon
·
Audible
·
iTunes
·
Barnes & Noble
·
Facebook
·
Twitter
·
Smashwords
·
Kobo
·
SoundCloud
Goodreads
This beautiful book is part of the collection called
A Touch of Passion (99cents) 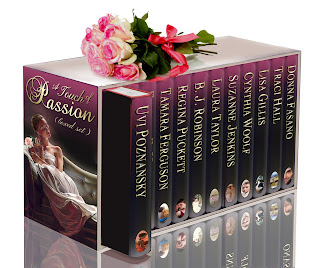