***Today, I want to introduce a very talented lady, Veronica Knox. She’s started a new series for the pre-teens and from what I’ve seen here, it’ll be magical!! After I finished reading the blurb, a notion popped into my head. At this age, I thought Nancy Drew was adventure!!!

Part one
of a time-slip fantasy series by V Knox 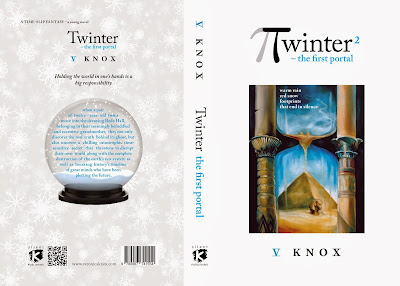 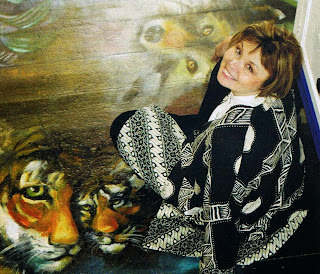 AUTHOR’S BIO
Veronica has a Fine
Arts Degree from the University of Alberta, writes and paints on Vancouver
Island, and is a freelance editor for her company, Silent K Productions. She
has written several novels of women’s fiction, all of which, have paranormal
elements:
The ‘Second
Lisa’ trilogy is an historical fantasy about missing paintings, lost
identities, the ‘Mona Lisa,’ and the life of Lisabetta Buti, one of Leonardo da
Vinci’s forgotten sisters. http://www.secondlisa.org
‘Woo Woo – the
Posthumous Love Story of Miss Emily Carr’ is a romantic ghost story about the Canadian icon,
artist, Emily Carr. http://www.woowoothenovel.com
‘The Day I Met Botticelli,’ Knox’s sixth novel, is
currently being edited – another ethereal romance set in the fifteenth century
of the Italian renaissance. Due for release in February 2014.
‘TWINTER
– the first portal’ is her first foray into writing for preteens (age ten
to twelve) – a series that will project into the young adult genre. All Knox’s
books are available on Amazon in e-book and print-on-demand formats. Currently,
‘Twinter’ is a kindle select feature.
http://twinterbooks.wordpress.com
Knox’s paintings
and her editing services may be viewed on her websites: http://veronicaknox.com
and http://editorvknox.wordpress.com
She may be
contacted through her email:  veronica@veronicaknox.com