Welcome to my blog Toby. I loved your post about insomnia, and must say I have experienced it quite often myself. Mind you, I don’t recall having to terrorize one of my poor characters into making them even crazier, but then again, maybe I should. It could add a new element to my one of my angel stories!!

How lucky can you get living in Hawaii!!??
I wanna be you… 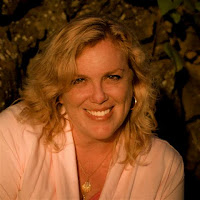 Toby Neal was raised on Kauai in Hawaii. She wrote and illustrated her first story at age 5 and has been published in magazines and won several writing contests. After initially majoring in Journalism, she eventually settled on mental health as a career and loves her work, saying, “I’m endlessly fascinated with people’s stories.” She enjoys many outdoor sports including bodyboarding, scuba diving, beach walking, gardening and hiking. She lives in Hawaii with her family and dogs. Toby credits her counseling background in adding depth to her characters–from the villains to Lei Texeira, the courageous and vulnerable heroine in the Lei Crime Series.

Last night I had insomnia. This is not all
that unusual; as a ‘thinker’ I am unduly burdened by brain processing, and I’d
been knocked out all last week by a cold and resulting cold medicine, and last
night was the first time I went to bed without chemical help. Even so I did an
afternoon workout hoping to be too tired for the ol’ sleeplessness to come
back.

Didn’t work. At around 2 a.m. I woke up
(unable to see clock without my glasses, and putting them on is admitting the
insomnia is really bad, so the time remains a fuzzy red figment in the dark)
and was plagued by the sense that the bad guy in my sequel is just not scary
enough.
Creepy, yes. Disturbing. The potential for
a great deal of gore is also there, which I’ve handled with buckets, tarps and
scene cutaways (I tend to be of the suggestive rather than explicit school when
it comes to violence) and he’s nicely crazed with a well developed pathology.
Even so, he’s just not ‘popping’ for me… and if it’s not working for me it’s
definitely not going to be working for readers.
So in my insomniac bed I thought of an old
standby suspense technique—the ticking clock. I had it in there, but an early
death of the victim sort of killed it (ha! Pun!) and so today I did what I have
to do to keep track of time—printed out a calendar of the month, stretched out
the timeline and extended hope for the hopeless. I gave the victim a clear
expiration date that the reader knows and Detective Leilani Texeira doesn’t,
and had the guy who, in the original, lay in a coma and was peacefully
slaughtered, wake up and demand to know what the hell was going on.
And suddenly, the story’s scary. Urgent. A
date at the top of each chapter begins a new day and reminds you the dude in
the cave is going to buy it if Lei doesn’t get off her toned ass and out of the
pool with the hot developer  and track
down the madman.
I
feel a heady power— I can manipulate time! I can bring back the dead, and
invent entire bureaucracies! I can just freakin’ make stuff up, and when it
doesn’t work, I can completely change it!
I
love being a writer. Even the insomnia—when it amounts to something useful.
Unfortunately sometimes I forget the brilliant ideas I have in that effortless
gray between sleeping and awake.
Do you have insomnia? How do you handle it,
and what usually brings it on? 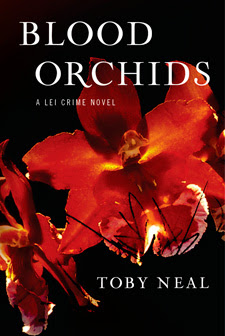 Amazon
Free today as a Promotion so get a copy now!!!
Torch Ginger, the sequel to Blood Orchids, will be released May 2012.
Visit Toby at her website and follow her on twitter and facebook
*~*~*
For this Leap into Books Blog Hop I will be happy to present the lucky winner with a $10 Amazon Gift certificate. All you need to do is leave a comment with your e-mail address. And, I’ll be adding your names to my newsletter list, so I hope you won’t mind getting a periodic letter from me telling of new releases and special news!