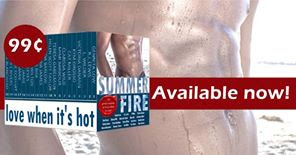 Here’s the post you’ve been waiting for – the one I
promised. My take on how the Summer Fire collection made it to the New York
Times list.
It’s complicatingly simple. We worked our fannies
off !! Maybe not everyone all of the
time. But we all kicked in some of
the time. And with 20 authors making the effort, it worked. We hit #13 and I’m
still a foot off the ground.
This
is what you need:

An
organizer – who is not only savvy about organising,
but someone with a lot of energy and… who is willing to take on the bulk of the
work. No matter how much you believe that everyone will pitch in and help, most
of the group are only willing to do so much. They want to be led, told what to
do, how and when. If you have a vision of how everything should work, you
better be willing to either take charge yourself because you have experience or
join with someone who has done this before and knows the ropes.