In the last post, we talked about you writing the
book you’ve always imagined existed inside you. And I was helping you by
telling you my process. How I start to think about a story and plot it out.
Here’s more about the process to help you get
started.
In the Holiday Heartwarmers trilogy, I had planned three novellas. I wrote them all as separate books
because I didn’t want the readers to feel trapped into having to read anything
in order. Each story needed to be a standalone.
That’s all well and good but… as I mentioned before,
that meant three different sets of characters and three distinct plot lines.
The only setting point I had to stick with was the place. Three puppies from
one litter had to be abandoned together, right? Otherwise, it wouldn’t have
made sense. So I created a fictional town in the state of Washington and called
it Carlton Grove.
Once the name came to me, it just made sense to
have the first hero be a Carlton. Dammed if he didn’t have an older brother show
up who kinda got to me and so I resurrected him for the third story. See, even
though I started out not wanting to tie in any set of family members – rather
use the puppies as the thread through each story – somehow it ended up
happening anyway. All good plans…blah, blah, blah!
But this second story called Snow Pup wasn’t about a
member of the Carlton family. Instead, I imagined a young boy living with
foster parents from hell and had him running away to escape his misery. To
bring in the second puppy, it just seemed logical to have the animal stumble on
to the boy and refuse to leave him. Could be the dog sensed the same fear of
being unloved in the human that he’d experienced at the hands of his miserable master.
Anyway, I played on that idea and though the boy refused to have anything to do
with the mutt at the beginning, it all came together by the end.
Once I’d imagined this setup, the story began to
write itself and all I did was make sure the words were effective in describing
the scenario.
Many authors will tell you that all you need is that
germ of an idea, plant it in fertile soil and let it grow. And if you don’t absorb
anything else from this blog, know this.
If
you don’t try and force your ideas or you characters, into illogical situations so
that you end up so far out there that you have no hope of getting back, many
times a story will take shape almost by itself and you’ll sit back and wonder
where the hell it came from.
That’s the fun part of being a writer.
On my next blog… how to find the end. 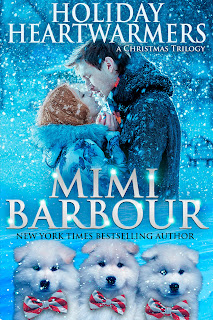